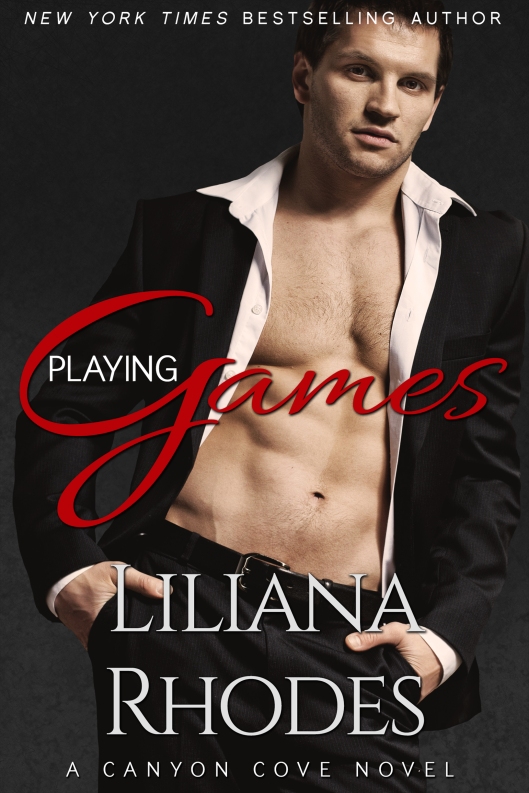 I’m so excited to share an excerpt of Playing Games with you. Playing Games is a standalone billionaire romance novel set in the town of Canyon Cove.

Playing Games is the story of Cassie Monroe, who has just moved to Canyon Cove looking or job opportunities. At an interview she meets a sexy MMA fighter, but this man isn’t just a fighter, he’s Gabriel Kohl, the billionaire owner and now Cassie’s boss. Gabriel is used to getting what he wants, and he wants Cassie. But is he just playing games or has he fallen for her too?

Here’s an excerpt from PLAYING GAMES:

Sitting on the long couch, my mind kept returning to my mystery fighter. What if he was in the shower? Would it hurt to take a peek?

It wasn’t like me to entertain those kinds of thoughts, but all the sweat and testosterone in the air must have affected my brain. I tapped my foot on the floor as I took another sip of the cold water. I was at the point where I was trying to convince myself I didn’t need to check the showers. I kept trying to talk myself out of sneaking in there, but my mind was already made up.

As I slipped through the doorway, my shoes made a soft click on the tile floor. I didn’t want him to hear me so I walked slower, careful to not make any sound other than my heart pounding in my chest.

I followed the sound of the shower past the lockers. Each time I got near a corner, I peeked around it to make sure no one was there. Finally reaching the showers, I squinted, trying to see through the steam.

“Hmm, a dirty mouth and a dirty mind. Seems like you’re my kind of girl.”

Hearing a deep voice come from behind me, I held my breath, hoping to magically disappear into the steam. I didn’t have to turn around to see who it was. I knew that instead of my finding my mystery fighter, he found me.

“I must have gotten lost,” I said, thinking fast as I turned around.

He stood close enough to me that I could smell the mint shampoo from his wet, combed back hair. Knotted around his waist was a white towel. Beads of water rested on his sculpted torso and when he grinned at me, my eyes followed them down as they met his towel.

Liliana Rhodes is a New York Times and USA Today Bestselling Author who writes Contemporary and Paranormal Romance. Blessed with an over active imagination, she is always writing and plotting her next stories. She enjoys movies, reading, photography, and listening to music. After growing up on the east coast, Liliana now lives in California with her husband, son, two dogs who are treated better than some people, and two parrots who plan to take over the world.